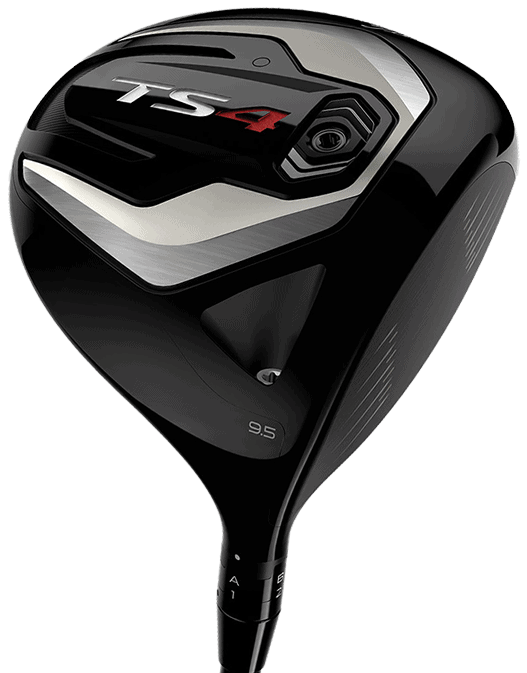 One of the issues which many golfers face is the ability to enjoy superior driving distances alongside ultra-low ball spin. The engineers at Titleist may have very well encountered the same problems and this Titleist TS4 driver review is intended to cover some of the main features associated with such an interesting club.

Things to Consider Before Buying a Titleist TS4 Driver

The TS4 series has embraced many of the same features associated with previous models such as the TS2 and the TS3. Namely, this driver is ideally designed for those who have had issues when dealing with excessive ball spin. The main takeaway point here is that the ability of the TS4 to dramatically reduce ball speeds has not sacrificed driving distances. So, this model could be a great addition within your arsenal if you have difficulty controlling spin or if the length of your drives has been suffering.

We should also mention that this club is not necessarily designed for novices. It is intended to be used by those who have already learned about the intricacies of their swing and are looking to improve upon the more technical aspects of the game. In other words, the TS4 might not be the ideal solution if you are already able to drive long distances and spin is not necessarily an issue. Having said this, you will be quite impressed with what this latest iteration has to offer if you have been encountering issues with your long game off of the tee.

It only makes sense that this review of the Titleist TS4 driver begins by mentioning its main points. Thanks to an ultra-thin titanium crown, a streamlined shape, a very low centre of gravity, and a dramatically reduced head size (only 430 cubic centimetres), the TS4 aims to deliver in terms of spin reduction and increased driving distances. This is why the TS4 is often suited for those who wish to enjoy a synergy of longer drives and reduced balls spin immediately after contact. The good news is that previous versions (the TS2 and TS3) have already proven to offer impressive levels of performance while on the green. So, this latest version seeks to pick up where the others left off.

In order to present you with the best review of the Titleist TS4 driver, it is just as important to be honest in terms of its advantages as well as any potential drawbacks. Here are some of the pros associated with this driver:

Now that we have briefly examined some of the main features and purposes associated with the Titleist TS4 driver, it is a good idea to highlight some of the finer points in greater detail. After all, golf is a game of precision and preparation!

What are some metrics which serve to set the TS4 apart from its contemporaries as well as the previous models? There are a number of aspects to address, so let's break these down into easily digestible sections.

The Shape and Weight of the Head

It can be argued that one of the most striking variations of the TS4 when compared to previous versions is the head size. While the TS2 and TS3 both boasted dimensions of 460 cubic centimetres, these have been reduces to 430 cubic centimetres in the TS4. The main intention behind this design is to provide a slightly more aerodynamic feel while simultaneously increasing driving distances. Still, we need to keep in mind that the pear shape of this head is the very same which was seen on the TS2 and TS3. So, those who have already used previous Titleist models in the past should have little difficulty adapting. 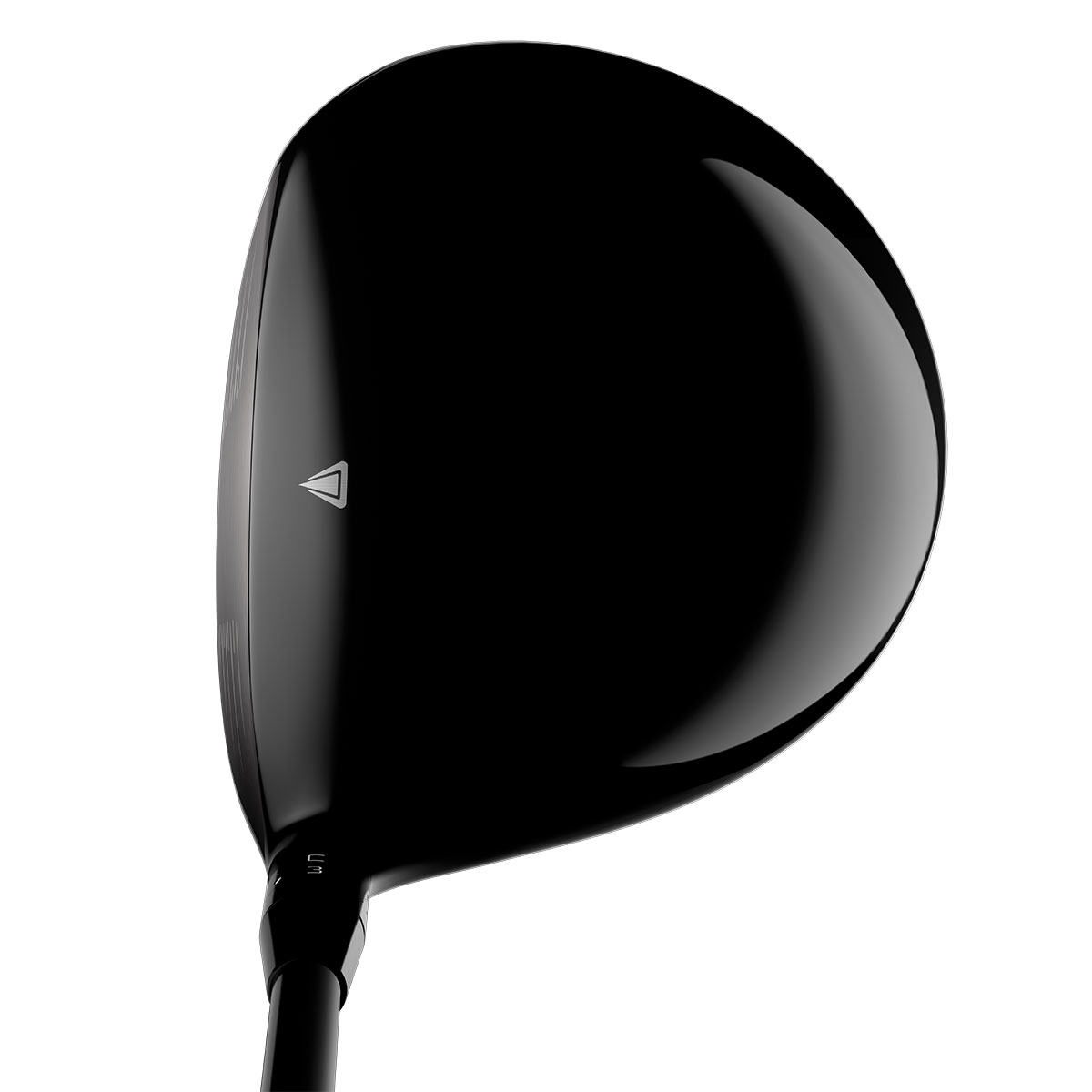 The Visual Aesthetics of the Head

It makes sense to briefly mention that the size of the head should appeal to those who have been looking for a driver which provides them with a better view of the ball when teeing off. This is particularly noticeable between where the face meets the shaft and the toe end. 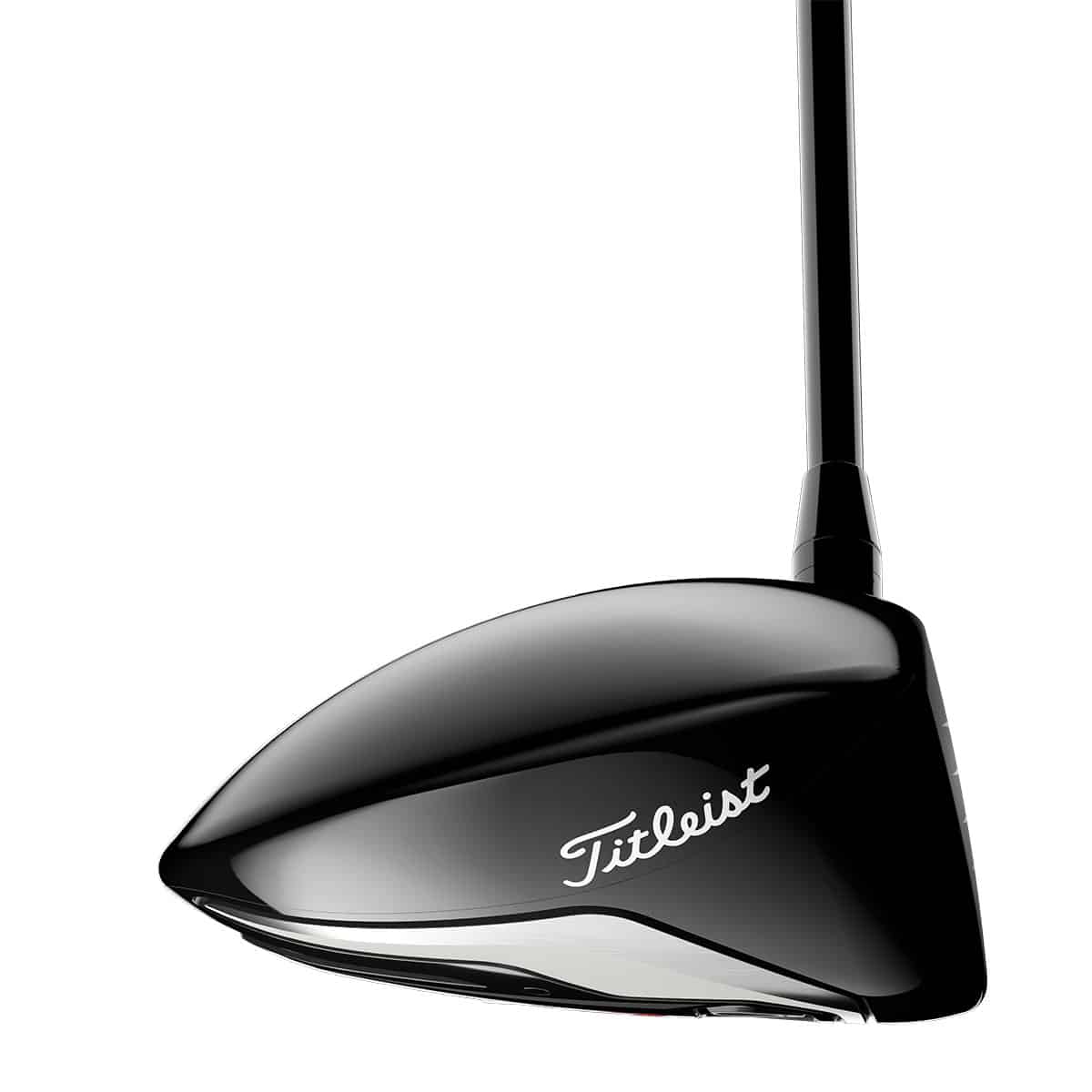 The Centre of Gravity

While this benefit cannot be seem with the naked eye, it is arguably one of the features which serves to define the TS4 driver. A centre of gravity (CG) that is located lower and further to the front of the club face can help to reduce ball spin upon contact. The CG is now located five centimetres closer to the club face when compared to the TS2. The ultimate goal of this change is to offer an ultra-low spin rate that would be difficult to achieve otherwise. This also helps to produce a relatively low launch angle. 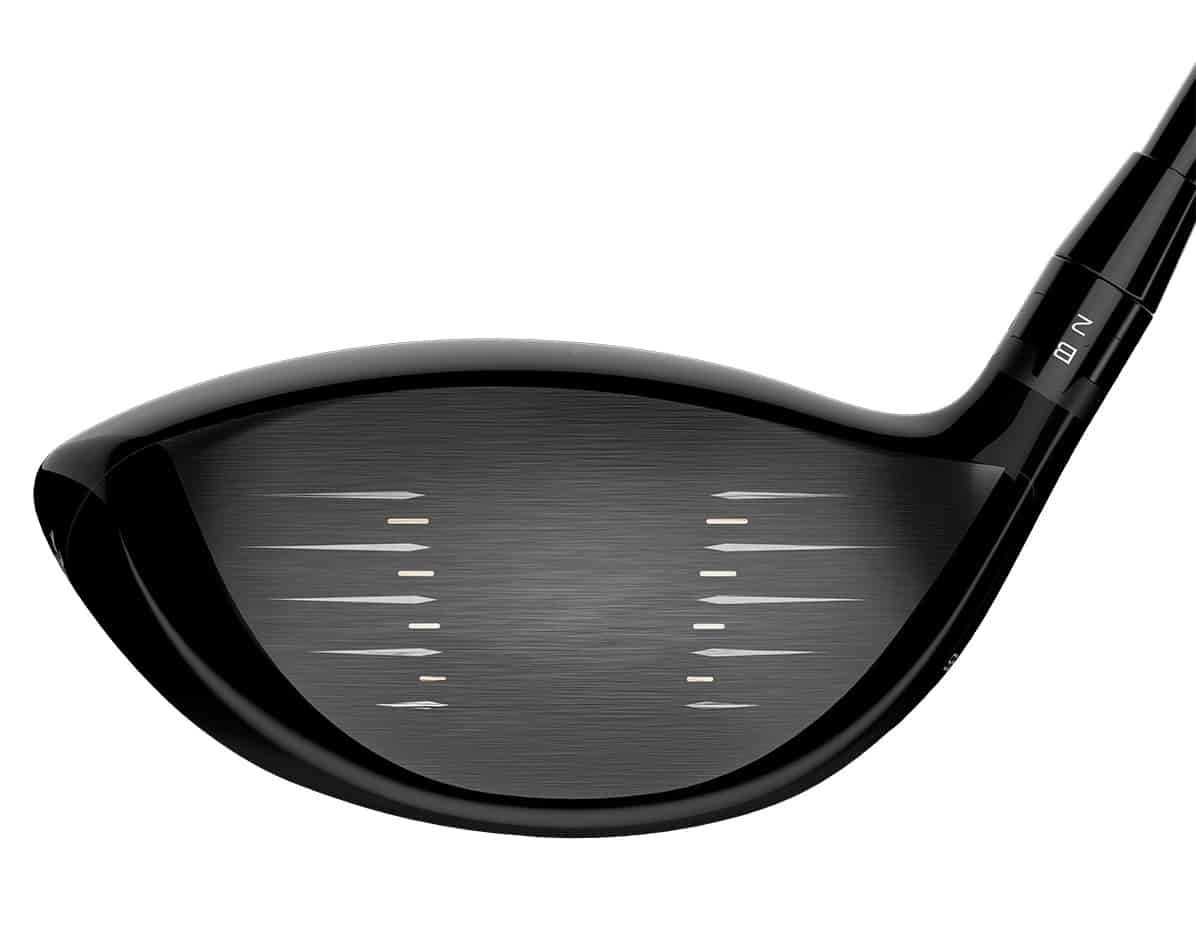 The Question of Low Spin Versus Less Forgiveness

The engineers at Titleist seem to have faced a slight trade-off in terms of the design of this club. While a lower CG placed closer to the front of the club face is excellent in terms of reducing spin, we need to keep in mind that there is less "real estate" when referring to the hitting face. This essentially signifies that the driver itself is slightly less forgiving when compared to the larger heads offered with the TS2 and TS3. In other words, golfers will need to ask themselves whether or not they are willing to sacrifice a less-forgiving driver for one which dramatically reduces the spin of the ball.

The TS4 is available in standard shaft lengths of 45.5 inches for men and 44.5 inches for women. This is the very same length associated with both the TS3 and TS2. However, we should note that the TS1 was slightly longer at 45.75 inches. Those who wish to adjust the shaft are provided with a bit of leeway on both sides. It can be increased an additional 1.5 inches or decreased by as much a four inches.

As we have pointed out, the Titleist TS4 has been partially designed around driver swing speeds off of the tee. This is accomplished through the use of an extremely thin titanium crown alongside a Radial VFT (variable face thickness) that has likewise been substantially reduced when compared to previous models.

We should once again reiterate the fact that the Titleist TS4 is primarily engineered for players who are impeded by high spin levels. However, there is also a trade-off between spin and distance on occasion due to MOI (moment of inertia). While spin is indeed a factor in terms of drives, we should point out that lower levels of ball spin will tend to promote more consistency in long-distance drives. Many golfers would actually prefer reliable drive distances with reduced spin over longer drives that are less accurate and are plagued by their unpredictable nature.

The Inclusion of the SureFit Hosel

We are all aware that golfers love clubs which can be personalised to suit their specific requirements. The TS4 has followed the examples set by its predecessors thanks to the inclusion of a SureFit hosel. This hosel can be adjusted to accommodate no fewer than 16 loft and lie settings and it has been designed specifically for the TS4 model.

We took a look at the different potential shaft lengths earlier. It is also a good idea to highlight the fact that users can opt for four different aftermarket models depending upon their needs:

The Even Flow T1100 White 65 (for extremely low launches and trouble with very high spin speeds).

Please note that these shafts have been designed for both right- and left-handed players.

Another important feature associated with the TS4 driver is that it is often one of the best ways to address an angle of attack associated with a sharp downward slope. Such angles are notorious for increasing the spin of the ball and as this video points out, lessening the attack angle will help you to reduce spin.

Any Titleist TS4 driver review would not be complete without taking into account what others have had to say. Let's look at some feedback provided by experienced golfers.

The shape is that awesome, classic style you’ve come to expect. The sound and feel is powerful without being showy. And every swing, every impact felt consistently good.

Confidence-inspiring at address, and the purity of the sound and feel are unmatched. I love how they blend all the elements on the sole, but on top it’s all classic.

Love how they blend all the finishes together, even on the sole it’s aggressive, but on the top it’s just all classic. It’s a great combo for looks and tech. It made me feel like a pro seeing the ball fly through that perfect window every time.

How does the Titleist TS4 Driver compare?

Many users feel that the Titleist TS3 tends to be slightly more forgiving thanks to a larger club face and increased overall dimensions. Thus, off-centre hits will not impede your distance when taking long drives. This is arguably the main reason why the TS3 could very well be a great idea if you are still trying to perfect your drive and require a driver with a larger sweet spot that the TS4. Some of the main features of the TS3 include:

Be sure to check this model out for additional information.
Find out more 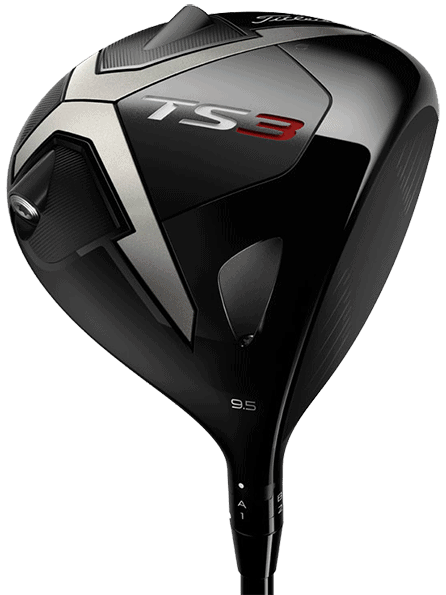 This is another option if you require a more forgiving club while also adding yards to your drive. The Callaway Epic Flash Sub Zero is equipped with a CNC-engineered "Flash Face"; enabling the club to grip the ball and to increase overall distances. Furthermore, club head dimensions of 599 cubic centimetres are excellent for those who struggle with accuracy when making contact. Some other points to mention include: 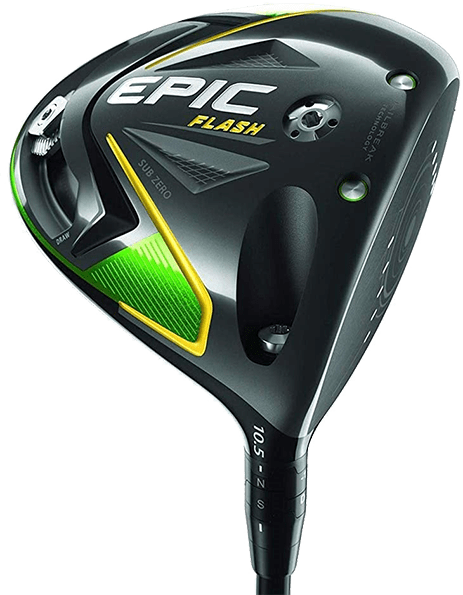 A final option to examine is the Cobra F9 Speedback. Billed as the first driver specifically designed to reduce ball spin upon address, the design of the F9 has been closely followed by several other manufacturers. It can be argued that the most impressive feature of the F9 is the aerodynamic design of the club head through the use of Cobra 360 Aero Technology. This helps to reduce drag; increasing ball speeds off of the tee while mitigating any spin that might impact accuracy. Some other impressive amenities include:

The F9 Speedback is another interesting option if you are looking for a viable alternative to the Titleist TS4, so be sure to examine this driver in greater detail. 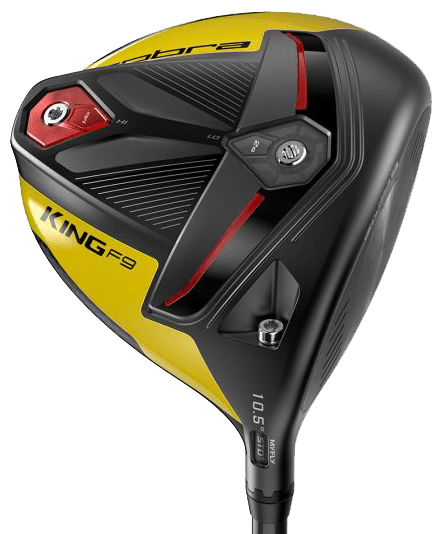 Should I buy the Titleist TS4 Driver Golf club

While a relative newcomer on the golf scene, there is no doubt that the Titleist TS4 driver will represent an excellent club if you have issues controlling ball spin and do not wish to sacrifice the distance of your drive. A handful of the main takeaway points include:

Are you curious to learn more or do you have additional questions? If so, please click here to check out the TS4 in greater detail. 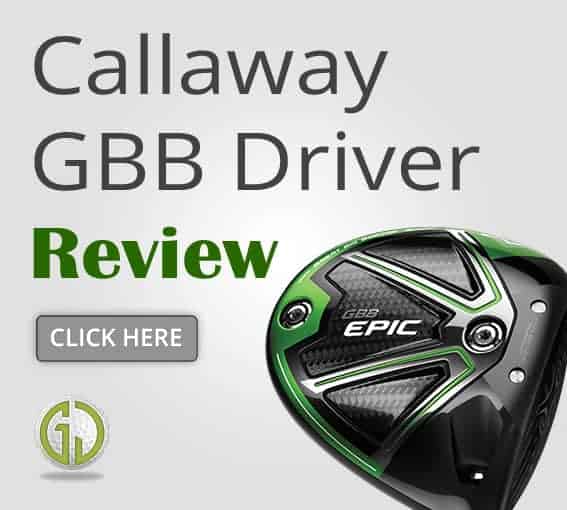 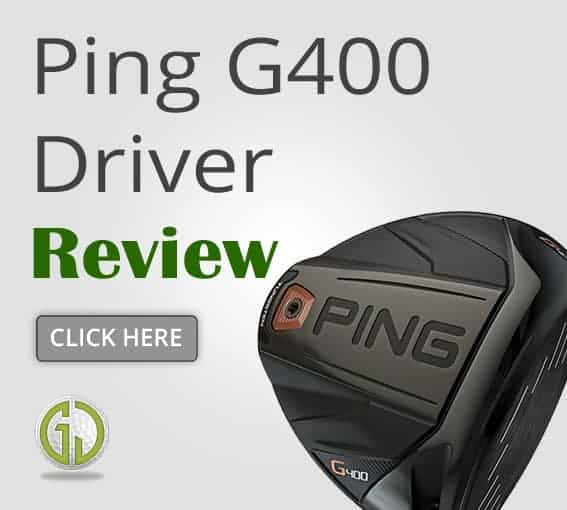