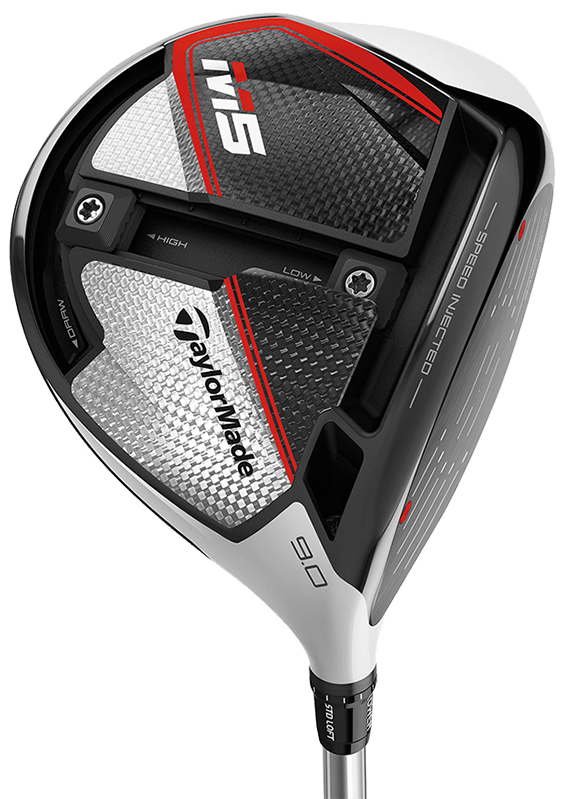 As a somewhat experienced golfer, I am always looking for ways to up my game while on the course. One of the issues which has plagued me for years involves my ability to maximise the speed of the ball on longer shots. While I tried a handful of drivers in the past, few have impressed me as much as the M5 driver manufactured by TaylorMade. I decided to put together this TaylorMade M5 driver review in order to highlight some of its main features as well as why it could represent a great addition to your current golfing arsenal.

Things to Consider Before Buying a TaylorMade M5 Driver

From my point of view, one of the most important initial considerations should revolve around what you are looking to achieve within your game. The M5 has been engineered in such a manner as to provide the maximum amount of driving speed; ideal if you have been struggling to meet the mark on longer courses. Having said this, it should also be noted that the face of the club is 20 per cent smaller than previous versions such as the M3 (1). This might take a bit of patience to become accustomed to.

Speed is the main intention behind the M5. While there is no doubt that accuracy tends to increase if you are able to make straight-line shots, the fact of the matter is that you shouldn’t necessarily expect god-like levels of precision from your long game. Instead, this driver is designed to enhance your long game so you can bring your handicap down and increase the number of sub-par holes.

Many have compared the TaylorMade M5 to the M6 line of drivers. The two are indeed very similar and one of the only major differences is that the M5 allows players to fine tune their game slightly more than the M6. In other words, it is a more forgiving driver. This is also the reason why the M5 is priced higher. While this driver might be overkill if you are still a novice, I feel that those with experiences will benefit from its features and overall design. Let’s take a closer look at the TaylorMade M5.

As mentioned previously, the main intention of the TaylorMade M5 driver is to increase speed while reducing ball spin. As opposed to the M3 series, the technicians at TaylorMade literally designed the M5 face to be outside of the legal guidelines. They then dialled the face back to the point where it fell within allowable guidelines. So, players can rest assured that they are receiving a club with very specific tolerances. Another interesting point is that each and every driver is personally tested before entering into the marketplace. Therefore, users can expect superior levels of responsiveness if they have been struggling with distance.

Still, some players could experience slight problems. I personally own a TaylorMade M3 and have used this driver for nearly two years. After reading all of the claims made by the firm, I decided that it was time to give the M5 driver a try. While I did notice a slight difference in speed, I felt that the disparity was marginal. This opinion seems to have been backed up by experts in the industry (2). They have found that the M5 offers speed increases of (approximately) 1.5 miles per hour. Keep this in mind before you decide to up your game to the M5.

Now that we have taken a look at the broad strokes, let’s address the finer points.

TaylorMade has placed a great deal of thought into the design of this driver. It appears sleek and sophisticated from the first glance. One interesting addition that is not present on the M3 is the introduction of a matte finish on the rod. Not only does it look fantastic, but it has the ability to reduce glare if you happen to be tackling the course on a sunny day. The injection ports and the twist face are nearly invisible; allowing golfers to focus their attention on the ball as opposed to becoming distracted by other visual elements. Finally, the M5 offers an ergonomic and comfortable grip. 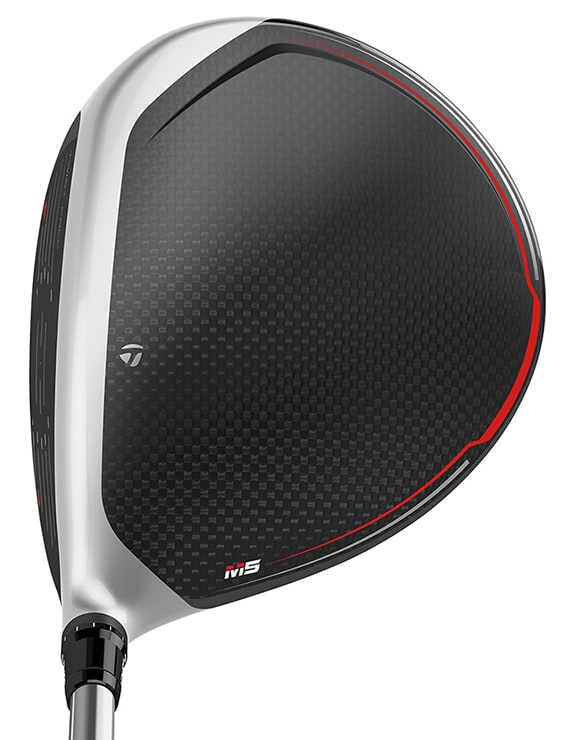 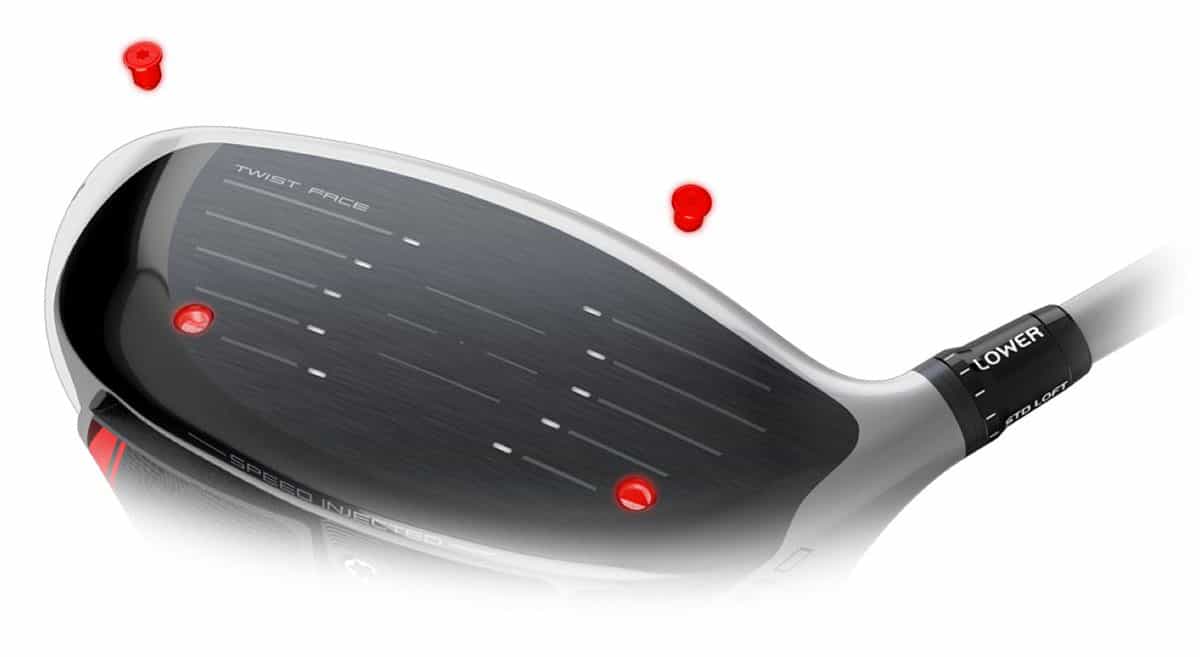 As mentioned previously, the TaylorMade M5 driver has been designed with speed in mind. One of the ways in which this has been accomplished is through the use of an injected resin within the driver head (3). This “tuning resin” is individually adjusted by each engineer. In a very literal way, no two M5 drivers are ever alike. This was one of the factors that I liked the most, as it showed that the company paid an immense attention to detail in order to optimise the physics behind each one of their clubs.

The TaylorMade M5 driver also introduces the golfer to what is known as an inverse T-track configuration. Two 10-gram weights are found within these tracks. Unlike many other drivers on the market, these weights can be moved around into a virtually limitless number of positions. This adds an even further sense of appeal to what is already an amazingly customised piece of kit. It should also be mentioned that this inverted design enables the golfer to place the weights to the rear of the perimeter. This can be advantageous for some players (like myself) who have been looking for an easy way to lower the centre of gravity. 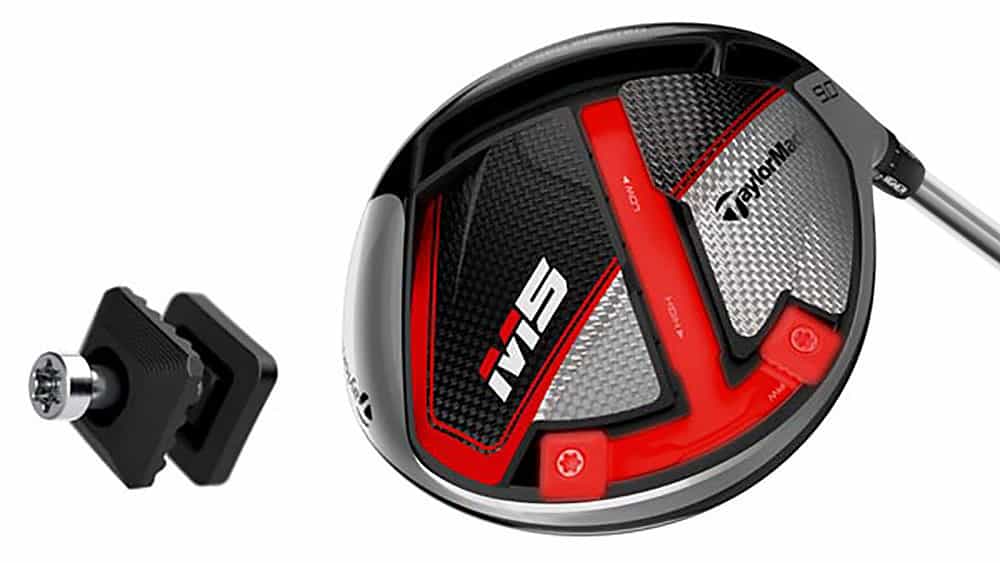 These observations are backed up by some real-world observations. For example, one study found that the inclusion of the two adjustable weights (20 grams of mass in total) offered an increase of up to 600 RPM as well one-degree increase in loft angles (4). Considering the fact that the CG of the head can be modified in 1,770 different ways thanks to the weights, it is no surprise that golfers who wish to take their game to the next level will not be disappointed. 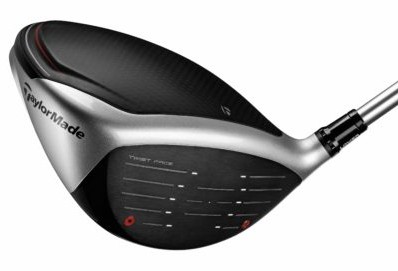 In truth, I have to admit that I was unable to feel a real difference in terms of a sweet spot with the inclusion of this metric. TaylorMade claims that their newly designed Hammerhead 2.0 slot offers a wider area to preserve the speed of the ball in the event that a strike is slightly off centre. While this might be an excellent option for those who are looking to fine tune their long game down to microscopic levels, the fact of the matter is that I was unable to discern any difference in regards to a larger sweet spot.

As opposed to the redesigned slot, I definitely noticed a difference with the dimensions of the driver head. Trademarked as a “Twist Face”, the engineers have essentially included a unique curvature that is intended to accommodate off-centre shots. This will help to increase levels of accuracy and to decrease any deviation from the intended direction. 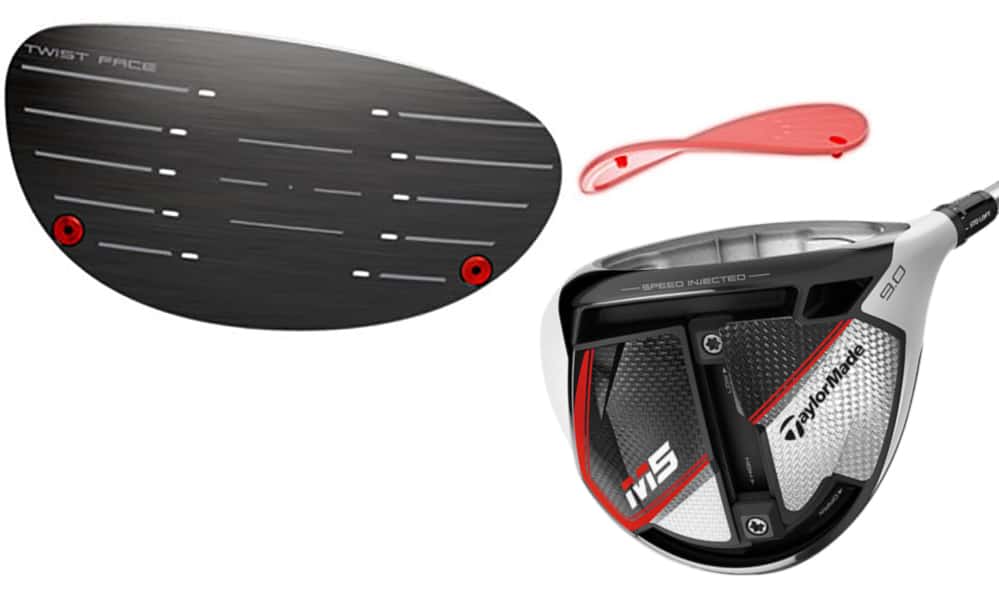 As I am by no means an expert golfer, I have been looking for ways to achieve a more consistent spin when driving. Unfortunately, there are only so many mechanical adjustments that an individual can make to his form before levels of efficiency are noticeably reduced. The Twist Face associated with the M5 has fully compensated for this drawback. High toe shots are provided with more loft; offering a level of consistency that might not have otherwise been possible.

One of the most noticeable differences between the M3 and the M5 is the titanium face of the driver itself. The M3 contained lines that were laser etched into its surface. While sufficient, framing the ball could be difficult at times. The M5 now offers grooves which are physically cut into its surface. This dramatically increases their visibility, as visually framing the ball is much easier. 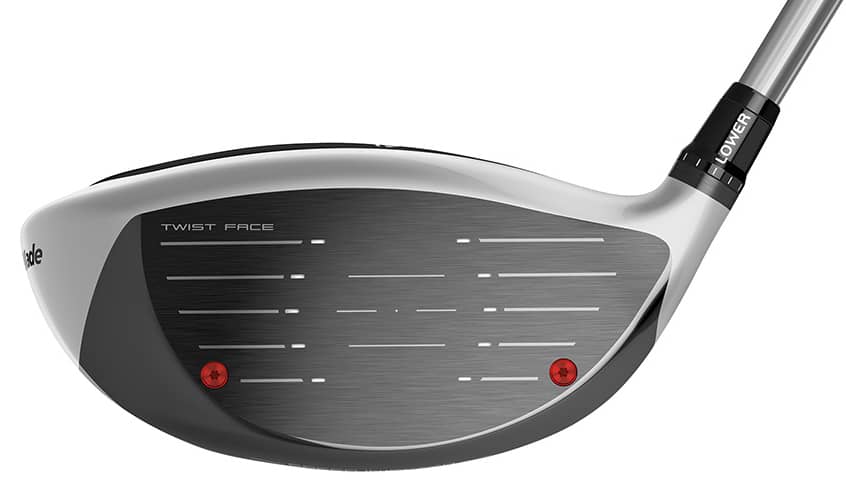 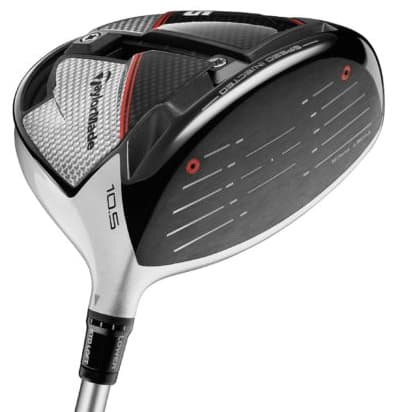 The M5 is actually the fourth generation of TaylorMade drivers to employ proprietary carbon technology. Of course, carbon fibre is nothing entirely new within the golfing industry. It still needs to be mentioned that the presence of this material provides a more efficient means to distribute mass throughout the club (when compared to traditional wood-metal combinations). While balance is always important, a more evenly configured driver should allow the player to “feel” the action of the ball with greater accuracy.

Curious to learn what others have had to say, I scoured the Internet for some additional opinions. Here is what I discovered:

The sound is so deep—like a heavy door slamming. And just as powerful. Very strong and consistent.

A ninja. If you didn’t see the launch numbers, you wouldn’t think it was hot. But it is.

Easy to use the adjustability to tighten your shots.

How does the TaylorMade M5 Driver compare?

It makes sense to mention the M6, as it offers many of the same features as the M5. However, this model is priced more affordably (approximately £400 pounds). Assuming that the player wishes to keep the two weights in a neutral position, the action of the driver should not appear much different. Some of the other notable aspects of the M6 include:

Lower CG when compared to other models such as the M4. The inclusion of a 46-gram inertia generator. A squarer angle when seated against the ball.

If you are looking for a similar alternative to the M5, this driver is worth a shot. 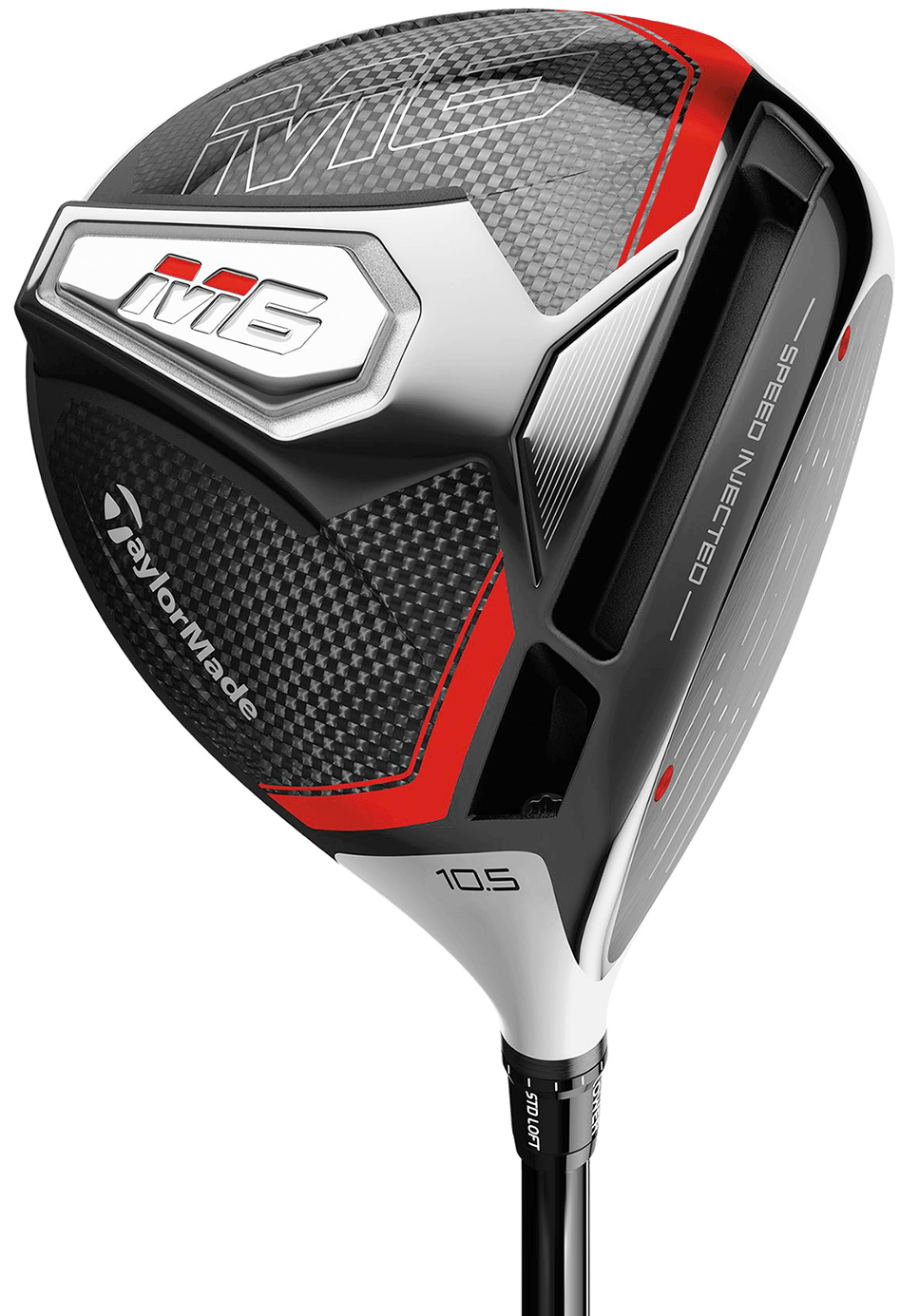 This driver is also considered to be one of the top ten models in 2019, and for good reason. It has been engineered using advanced AI technology, so golfers can rest assured that even the smallest details have been addressed. The Epic Flash is slightly on the expensive side (just under £500 pounds) and yet, it could be worth the money.

Some of its key features include: A stiffened club head. A carbon fibre crown to reduce weight. A single sliding weight around the perimeter (16 grams).

Players who have been looking for an all-around performer should make it a point to examine the Epic Flash in more detail. 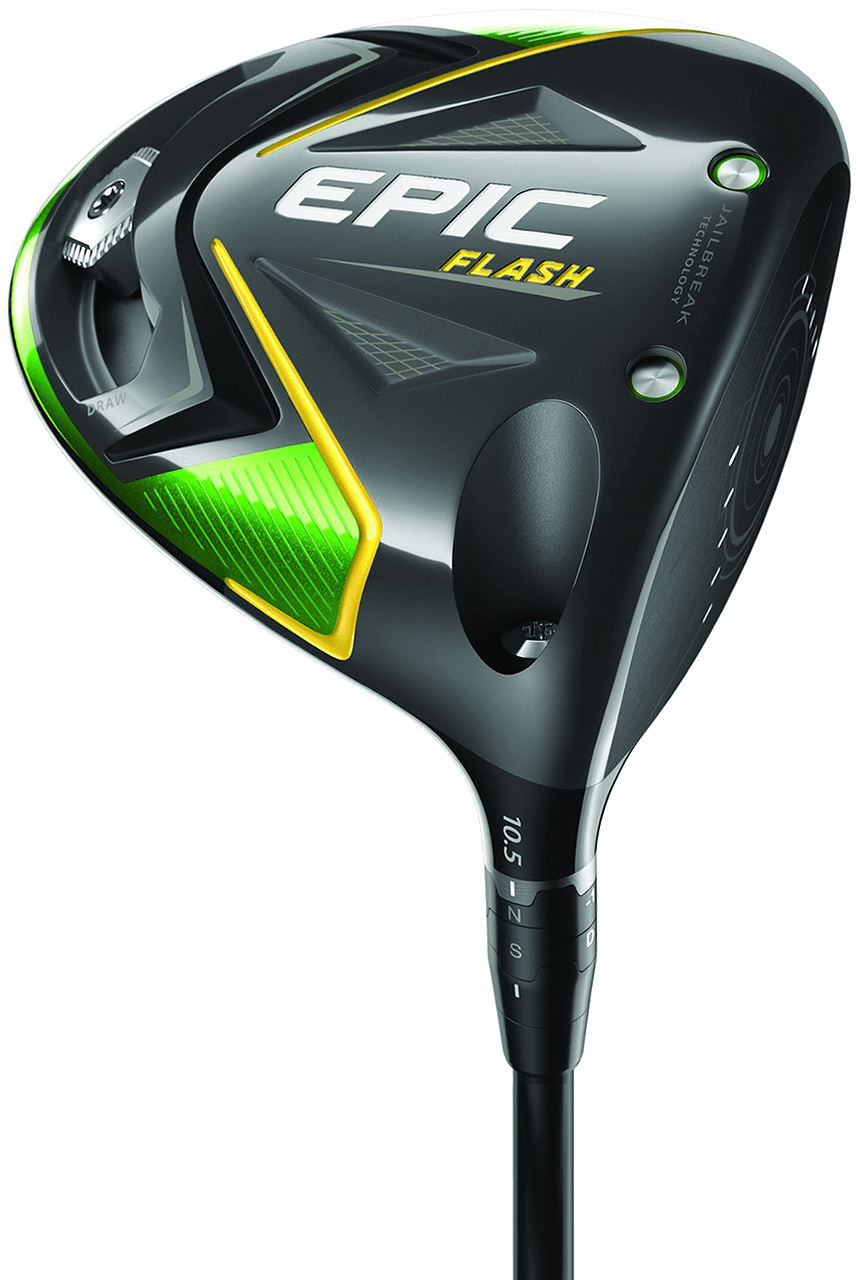 At a price of approximately £250 pounds, the Launcher HB is likely to turn heads on golf courses throughout 2019. It is said that this model is one of the most forgiving drivers on the market; ideal for those who are suffering with the combination of distance and accuracy (5).

Other core features include:  An extremely lightweight hosel (that cannot be adjusted). A proprietary “HiBore” crown that offers optimal levels of impact compression. Higher loft angles with reduced spin.

Make it a point to check out this driver in order to determine if it might be the best option. 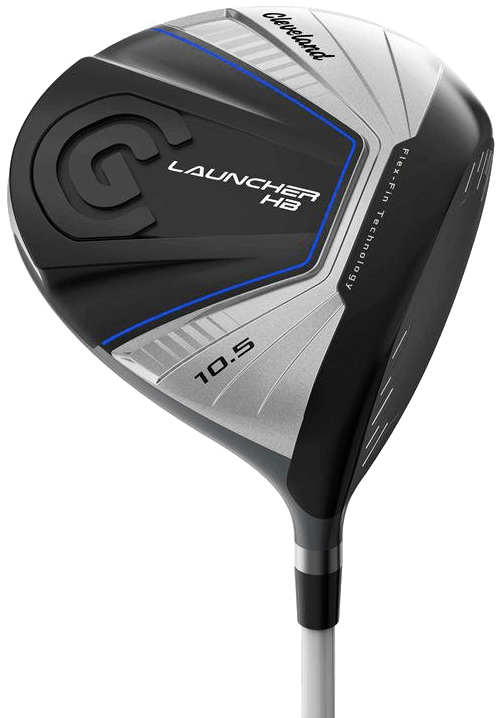 Should I buy the TaylorMade M5 Driver Golf club

This TaylorMade M5 driver review has pointed out some of its most interesting and innovative features. Those like myself who suffer in their long game and who are not achieving the distances required to keep up with the pack should definitely make it a point to examine the M5. Thanks to interesting technology such as a revolutionary Twist Face and a lightweight carbon composite crown, this driver should be able to deliver on its promises. Anyone who is interested to learn more should feel free to click here and check out the product in greater detail. 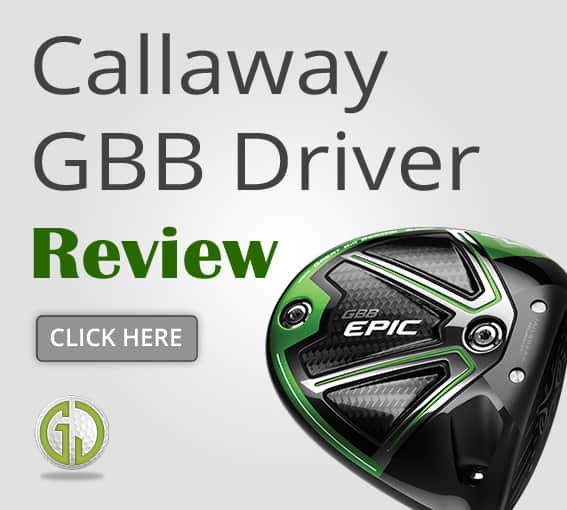 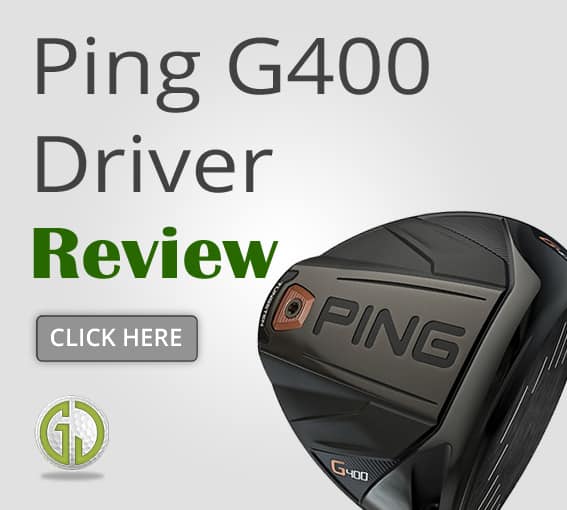 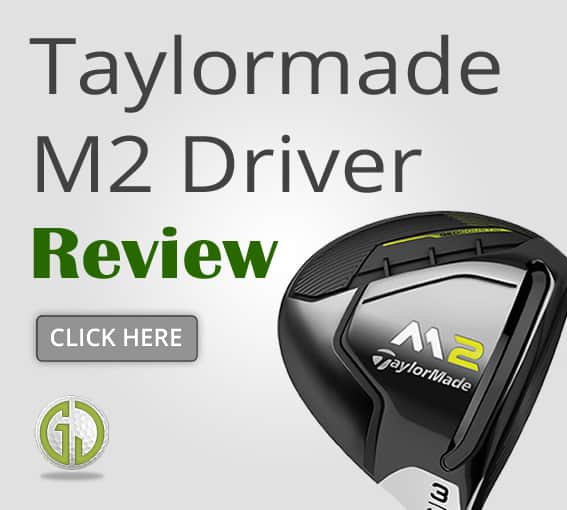